STARTUPS ARE GIVING YOUNG WOMEN A CHANCE TO LEAD

When Sharmeen Looi, 27, walked into a high-powered meeting with some c-suite executives recently, conversation stopped.

She was the only young woman in a room full of men, and it was clear they didn’t know how to react.
“They were just staring at me, like, ‘What is this girl – not even a woman, but a girl – doing in here?” the chief operations officer of cashback platform ShopBack said with a laugh.
But thanks to Malaysia’s growing startup scene, young women like Looi are finally getting a
With their fast-paced work environments and rapid expansions, startups have a completely different approach to talent development compared to the more staid corporate companies. As long as you can deliver, you’ve got a shot at the top – regardless of your gender or age.
“I see a lot of my female peers taking leadership positions at startups,” said Looi at an interview on women empowerment organised by Inti International University and Colleges. “Your value as a leader is all based on what you bring to the table, not how you look.”
That policy has worked out pretty well for ShopBack, where 60% of the employees are female.
Revenue has been growing 20% on average since it started in Feb 2015, and Looi believes this is down to the diversity of the team.
“Diversity is the key to success for many startups. Men and women have different ways of looking at things.
“That’s how you pinpoint potential problems and solve them fast – it also provides a balance in management style, which is great for retaining talent,” she said.
While things are going great for young women in startups, Looi believes other businesses still have a long way to go to catch up.
As of June 2016, women only accounted for 15.2% of director positions in the top 100 companies listed on the Kuala Lumpur Stock Exchange.

“Young women can be great leaders, but only if they’re given the right opportunities to make it to the top,” – Sharmeen Looi

Tan has held management positions in three different startups, and feels that women bring a much-needed diversity to existing management styles.
One of the pillars of Looi’s support system is GuestReady co-founder and managing director Tan Wen Dee, 27, who is travelling a similarly high-flying career path.
“Sharmeen and I empower each other,” Tan, who was also present at the interview, said. “I think it’s a girl thing – we’re more empathetic.”
“We motivate each other to push harder and go further every day, and it has made a difference in our lives and careers,” she said.
Tan, too, said she owes her success to the startup industry. She started out as a marketing executive in a multi-national startup.
Her career may have begun on the same foot as people in the corporate sector, but the fast-paced nature of startups meant her superiors were constantly on the lookout for talent to groom into leaders.

“I was fortunate because I graduated in the era of e-commerce. If I had gone down the corporate route, I don’t think I would’ve been able to progress so fast.” – Tan Wen Dee

In the corporate sector, progress is slower – and the journey from executive to C-suite could take decades.
But within a year of joining her company, Tan became the head of partnerships, meeting with clients and managing a team of her own – all at 24.
“I didn’t realise that when my boss kept asking me what I wanted to do in five years, she was actually training me to be a leader!” said Tan with a laugh.
Startups were initially just as male-dominated as the corporate sector, but since large tech companies like Apple and Google started advocating gender equality by releasing annual workforce breakdowns in 2013, other tech giants have started following suit.
That revolution led to the founding of the US-based Girls in Tech organisation, which supports female leaders and entrepreneurs. 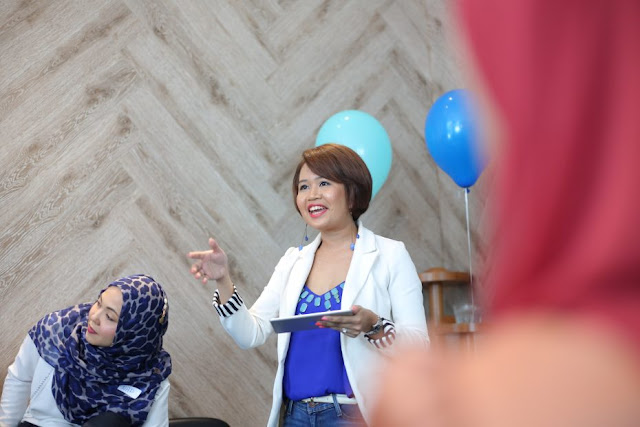 “Our aim has always been to empower women, and we found that there are so many women-led startups now,” said Yan Lim, 32, who owns PR company iOli PR and also serves as a board member of GiT’s Malaysian branch.
In an effort to get more women on board the startup train, GiT KL organises bootcamps, hackathons, fundraising and networking sessions where participants and members are being funneled to relevant organisations like MaGIC, MAVCAP, Cradle and many more, where they would be able to get the support they needed to make their ideas a reality.
Most recently, GiT organised a Women Founders Night, where about 100 successful women – mostly startup founders –  were given slots to pitch to potential investors. Participants and founders were encouraged to network and to share ideas on empowering and educating women-led companies to infuse technology in their businesses.
One of those women was Nor Raeesa Syahirah, 26, co-founder of salon finder startup BFab, which last year received a six-figure seed fund.
“She’s inspirational!” said Lim. “She’s young and ambitious, a great example for young leaders here in Malaysia.”
Lim (right) works with social enterprise Girls in Tech to help empower a new generation of successful young women. — Handout

Startup culture doesn’t just help young women like Raeesa overcome the gender barrier – it helps break down age and experience barriers as well.
When Raeesa wanted to get in the startup game, she found herself being subtly discouraged.
Not knowing much about app-building, she attended a hackathon organised by the Malaysian Communications and Multimedia Commission (MCMC), which was designed to encourage networking between mentors and coders.
“I heard a guy talking about how he was going to build a hotel app for students, and the mentor was like, ‘yeah bro, I’m going to hook you up!’
“But when I told him I wanted to build an app that would allow people to search for beauty services in their area, he was super skeptical! He shot me down.”
Raeesa got the last laugh, though.
That idea turned into Lulu, a prototype she eventually sold for an undisclosed amount. But generally speaking, “minimum viable products” – which is startup language for working prototypes – like Lulu generally sell for anywhere between US$60,000 (RM240,000) to US$150,000 (RM600,000). 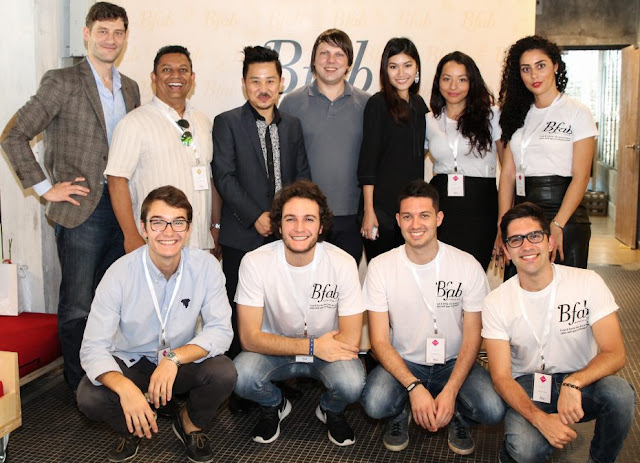 Raeesa (in black) didn’t waver when her initial idea for an app was shot down by a mentor. Now, she’s the co-founder
of BFab, a salon and spa search app that has been valued in the six-digits. — Handout
“I saw him again after news about BFab and my sale of Lulu broke, and he was very apologetic!
“He said he thought I was at the hackathon just for fun,” she said.
And because startups are constantly charting new courses, age and experience are less of a factor.

“In the past, you could only gain experience over time, but now with the Internet, as long as you are eager to learn and execute, age is not a problem. You just have to deliver.” – Nor Raeesa Syahirah

“In any case, no matter who you are or what you do, there will always be haters. You just have to carry on doing your own thing,” she said.
Despite all the opportunities she has had, Raeesa admits that it can still be frustrating.
“I’ve gone to government events where the men would talk to my male colleagues, but refuse to say hello or even look at me!”
It might be a challenge for the business world to see young women as leaders for now, but Looi, Tan, and Raeesa are blazing a new trail.
BFab currently has 1,000 salons and spas listed on its app, GuestReady has launched in six countries and ShopBack is the top cashback shopping site in Malaysia and Singapore.
“Corporate companies should take a page out of the startup book,” said Looi. “Without any gender or age discrimination, they could retain a lot more talent and progress at the same fast pace.”

How to empower women – startup style

Since startups mostly work online, employees have a lot more job flexibility, said GuestReady co-founder and managing director Tan Wen Dee, 27.
“It makes everybody a lot more productive, especially young women who are pregnant or have children,” she said. “When they can stay home but still keep in contact via Skype, they feel like they can still keep up with their work without having to commute so much.”

It shouldn’t matter who’s leading the team, as long as he or she can produce results, said ShopBack chief operations officer, Sharmeen Looi, 27.
“This is something startups have and corporate companies lack,” she said.
“In the startup companies I’ve worked with, it has never mattered if the boss is male or female, or even younger than the staff – as long as they’ve got what it takes to deliver.”
That’s why career progressions in startups happen at such a fast pace. With rapid expansions, there’s no time to wait to promote someone, she said.

Constantly learning and improving is vital for a company to grow, said BFab co-founder Nor Raeesa Syahirah, 26, who started off as a graphic designer for a local blogging startup.
There, they organised mini hackathons within the company, which fuelled the self-confessed techie’s passion for e-commerce and empowered her to aim high in her career.
“Knowledge is power,” she said. “Nobody has to struggle along alone anymore. If you want your staff to stay ahead of the curve, encourage them to learn something new. There are hackathons, accelerators and even the Internet – that’s why there are so many successful people out there now.”

Nothing demotivates people more than thinking their efforts won’t be appreciated because of something they can’t change – like gender, said Looi.
“We should avoid gender-biased conversations,” said Looi, who currently heads a team of around 25 people, of which 60% are women.
“It can demotivate women because it makes it seem like they won’t be judged fairly.”
What she suggests instead is for companies to acknowledge their teams’ efforts.
“It really applies to both men and women, but it means more to people who have been getting the short end of the stick all this while,” she said.

Bosses should make an effort to communicate clearly that everybody has an equal opportunity to progress, said Looi.
“For women to move forward, companies need to ensure that there isn’t any gender or age bias,” she said firmly. “If they don’t, they’ll end up losing out on good talent. And that will slow down their own progress.”
at 1:46 PM

The Author (formerly known as The Juicy Bunny) 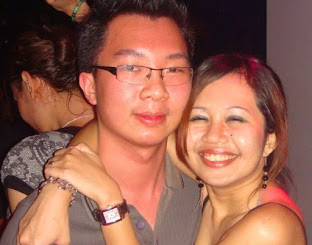 I am Yan Lim. I am a mother of two. A wonderful wife to an amazing man. I am passionate about my beautiful children, fashion, make up, food and travel. This blog is a place where I share all the things I love mainly of pink clouds and cotton candy! I can be found here or at www.yanlim.com.